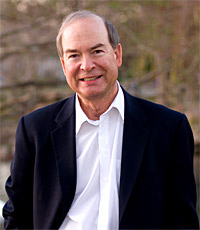 Rick was one of the key members of the executive team that came to Orlando, Florida, to build and operate the world-class Universal parks and resorts. Recently called as an expert witness to testify before the U.S. Civil Rights Commission in Washington, D.C., regarding the use of criminal background checks in hiring decisions, Rick spent 20 years with Universal Studios,  initially as Director of Human Resources for Universal Studios in California for five years and then 15 years as Vice President Administration/Human Resources for Staffing and Administration in Orlando, FL.  Under Rick’s direction, the Universal  Orlando operation grew from a handful of employees to more than 12,500. During this time, Rick and his team developed the powerful organizational culture for Universal Orlando Resort.   The HR elements continue to be successfully used today—from employee handbooks, to work rules to talent acquisition systems to employee rewards and recognition and the other essential components for a world class employment and guest experience.

Prior to arriving in Orlando, Florida, in 1988 Rick had served for five years as Director Human Resources for Universal Studios in Los Angeles, CA, where he developed the company’s first executive training and development program and employee assistance program.

Rick is an active public speaker throughout Central Florida on topical employment issues.

Christina Bolling has worked in the Hospitality industry for over 17 years. Her Human Resources background ranges from restaurants to theme parks/attractions to hotels and includes working for small privately owned companies, international entertainment organizations and startup companies.